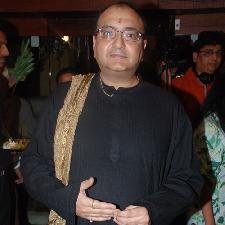 Viveck Vaswani’s Shah Rukh Khan starrer Dulha Mil Gaya is finally set for a November 13th release date. The film marks the return of Main Hoon Na jodi of SRK and Sushmita Sen, after a gap of 5 years. The film however revolves around four main characters of those of- Shah Rukh Khan, Sushmita Sen, Fardeen Khan and Tara Sharma, and is directed by Muddassar Aziz. Now news has come in that Viveck Vaswani is working on his next movie titled Dulhe Ka Divorce.

Our source reveals, “Viveck has tentatively titled his next as Dulhe Ka Divorce. Shah Rukh Khan has been a part of most of his projects, and it was in fact Viveck who got him his first major break in Raju Ban Gaya Gentleman. He simply loves SRK and if there is a role fitting him, SRK will definitely be on board for this one too. But there will be newcomers cast in the main leads.”

There was also a buzz that Dulha Mil Gaya would premiere in USA, but in the wake of Shah Rukh Khan being frisked at the US airport, it won’t happen. Vaswani states in this regards that he had planned the premiere in Trinidad, since the movie has been extensively shot in Trinidad and Tobago. So there was never any question of the film premiering in USA and that it will be releasing simultaneously all over.”