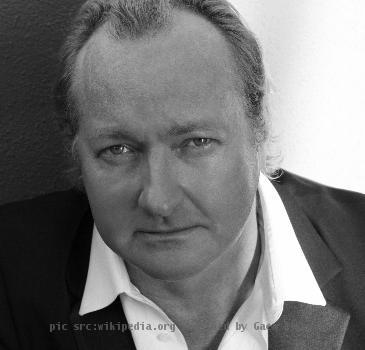 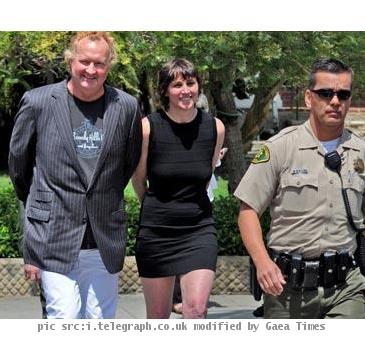 LOS ANGELES (GaeaTimes.com)- The Golden Globe award-winning actor Randy Quaid seems to be going through the tough phase of his life. The actor, who was praised for his supporting role in “The Last Detail” has been arrested and charged by US police for burglary in his former home in California. The actor along with his wife Evi Quaid has been taken into custody by the police. Evi Quaid is also charged with resisting arrest by the police.

A source close to the California police reported that the bail of the couple was set at $50,000 each after they were arrested. The present owner of the house has reported that Randy Quaid and Evi Quaid have made a damage of $5000 to the property. The couple has been charged with residential burglary and entering non-commercial building without any consent. The Santa Barbara police responded to a call from the owner’s representative who said that someone was living there at the home without permission.

On the other hand the police officials said that Randy Quaid and Evi Quaid tried to tell the police officers that they had owned the house since 1990. However, when asked, they could not show the legal documents to the police. However, the representatives of the owner said could produce the documents immediately and it was shown that the client bought the property in 2007. The police arrested them immediately. The media reported that even after selling the home, the couple had changed the gate codes, changed the security cameras and even curved their own initials on the gate of the home. Another source claims that Randy Quaid and Evi Quaid had even broken a $7000 mirror above the fireplace of the house and hung a photo of them on the wall.

Some songs on MJ's new album are bogus, says Randy

LONDON - Michael Jackson's brother Randy has said that some of the songs on the tragic icon's new al...

Sleeping with lights on can leave you depressed

LONDON - Sleeping with the lights on could leave you with a nasty hangover the next day, a study say...

NEW YORK - You'd think that food, water and shelter were some of the important requests of evacuees ...

LONDON - The Jackson brothers are set to launch their own clothing line, which will pay homage to th...

WASHINGTON - A new study has revealed that male spiders that get to have sex only once or twice in t...

LONDON - Singer Rod Stewart has blasted Russell Brand over the latter's claim that he slept wit...

Quaids released from detention in Vancouver

TORONTO - Oscar-nominated actor Randy Quaid along with his wife has been released from detention in...
Copyright© 2010 The Gaea Times