Arnie is the most extraordinary guy I’ve ever met, says Sly 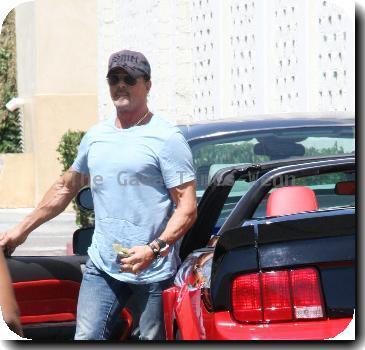 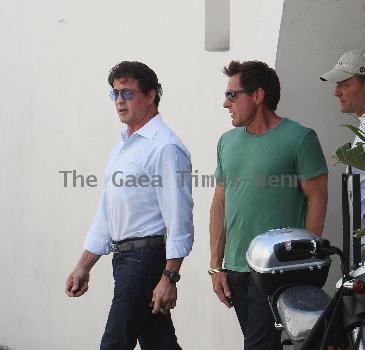 The two stars, who recently teamed up briefly for Stallone’s action film ‘The Expendables’, first met at the 1977 Golden Globe Awards and, despite their rivalry on the big screen, they’ve always been good friends - and business partners in the Planet Hollywood empire.

And now Stallone has opened up about his true feelings for Arnie, reports Contactmusic.

Stallone told the Los Angeles Times, “When people ask me who is the most extraordinary guy I’ve ever met, I answer that it’s him. Think about it - the force of will and the fact that he is successful in three diverse and impossibly difficult areas…

“The politics of bodybuilding? Forget about it. And he was and is the most influential bodybuilder who ever lived, by far. Then, in Hollywood, with his background of being Austrian and all this baggage of not being American, and he became number one. And then politics, it’s off-the-chart hard. He’s the Governor of California, that’s all; just the Governor of the biggest state in population.

“This is not some city council somewhere,” he added. (ANI)

No one cares if people smoke marijuana, says Arnie

LONDON - Arnold Schwarzenegger, Governor of California, has claimed that no one bothers if people sm...

LONDON - Arnold Schwarzenegger could soon make a comeback to films. The Governor of California, 63, ...

Celebs earn up to $50k a month promoting products on Twitter

MELBOURNE - A Brit entrepreneur has said that celebrities can earn up to 50,000 dollars per month pr...

Arnie plans to turn to writing after leaving office

LONDON - Governor of California, Arnold Schwarzenegger, has plans to become an author after leaving ...

LONDON - A six-year-old boy has become the world's strongest for his age and his dad wants him to be...

WASHINGTON - Arnold Schwarzenegger's daughter is all set to leave the nest with her first book. The ...