No A-listers turn up at Madge’s funereal birthday party 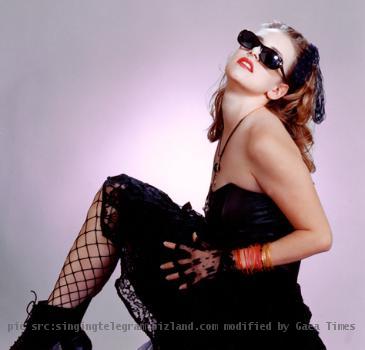 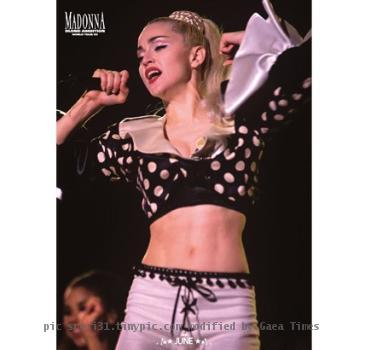 LONDON - This year Madonna’s birthday party at a private members’ club turned out be a starless affair, minus Hollywood A-listers.

Instead she had a bizarre guestlist of Claudia Winkleman, Billie Piper and Paul Whitehouse.

And members of Shoreditch House weren’t best pleased to be shunted out in favour of 52-year-old Madge and her D-list pals, who “partied” in near-silence.

The atmosphere at the ‘Like a Virgin’ star’s bash was more “like a wake”, according to one eavesdropper.

Madge insisted that all the guests wear black and even brought her own crucifix, in the form of a 6,000 pound Olympus Teneo bag, a gift from boyfriend Jesus Luz.

The party was late in organising-Jesus had only checked out the venue on Saturday morning and insisted on the private area with loungers, just past the swimming pool.

Claudia Winkleman, whose husband Kris Thykier is a producer on Madonna’s new movie W.E., arrived with a fixed grin, which disappeared as soon as she went inside.

She was followed by Billie and husband Laurence Fox, who needed a calming ciggy before facing the battleaxe at dinner.

And finally Madonna arrived with daughter Lourdes in tow.

Inside, nervy guests were fed platters of quails’ eggs with caper mayonnaise, mini fishcakes, peppers and scallops, with over 50,000 pounds of champagne and cocktails.

But sadly even that amount of free booze couldn’t lift everyone’s flagging spirits.

“We had planned a lovely dinner that had been booked for ages. Then we were told we had to move at the last minute for a very important person. At first we thought it was for Claudia bloody Winkleman!” the Mirror quoted a disgruntled member as saying.

“We were the lucky ones, others who had booked but didn’t have any membership were kicked out all together.

“There was barely any music or laughing coming from the party, it was like a wake. We thought Jesus might have set up the decks for a dance, but it was very stuffy and serious.

“Pharrell Williams was supposed to have turned up, which would at least have raised the bar a bit on her lame guestlist.

“And Madge was gone by midnight out the back door. It was a bit sad,” added the guest.

She has a second party on Wednesday with son Rocco. (ANI)