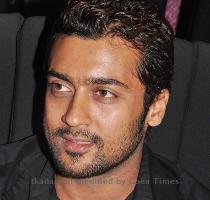 MUMBAI, INDIA (GaeaTimes.com)- By far one of the most anticipated films from India’s maverick director Ram Gopal Verma, the sequel to ‘Rakht Charitra‘ releases today across theaters. The film is being released in three languages- Hindi, Telugu and Tamil and has received a huge amount of hype for the performance by the south Indian superstar Suriya. Though very few reviews of the movie are out on the web, the critics have predicted that this could turn out to be a real winner for Ram Gopal Verma over the weekend.

‘Rakht Charitra 2‘ made the news recently when the Indian Censor Board was all praises for Ram Gopal Verma for mellowing down the violence in the sequel. Vivek Oberoi, who recently tied the knot in real life, is part of both the films and plays a crucial role in the sequel as well. The film is based on the political disturbances and violence in Anantapur that led to Paritala Ravi’s rise to power. The reviews indicate that Ram Gopal Verma has handled the graphic scenes deftly and the film relies heavily on the emotions and expressions.

‘Rakht Charitra 2‘ also stars veteran Indian actor Shatrughan Sinha, Radhika Apte and Ashish Vidyarthi in supporting roles and Priyamani, Vivek Oberoi and Surya in the leads. Box office experts have predicted that the film might see better business than ‘Rakht Charitra’ as Ram Gopal Verma has gone all out in promoting the film. The film also received great word-of-mouth publicity right before the release. So far, the critics have been all praises for the south Indian star Suriya but one review said that the first 20 minutes of the film appears similar to the ‘Rakht Charitra 1.’