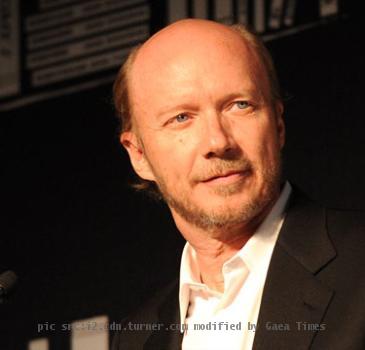 LOS ANGELES (GaeaTimes.com) - Paul Haggis, the Oscar-winning director opened out about his involvement with the Church of Scientology and said that the controversial religion is actually a “cult”. The director gave an interview to a reputed media outlet where he spoke about his experiences while he was in the Church and at the same time criticized its various norms and rules. The article is written by Lawrence Wright and it will be published in February 14 issue of a reputed media outlet. Paul Haggis left Church of Scientology in the year 2009 and this would be his first interview where he spoke about the Church.

In his interview to the reputed media outlet, Paul Haggis said that he had spent nearly 34 years in Church of Scientology and now he feels that it was a cult. Moreover, he also confessed that he still wonders why he could not understand it at that time while everybody else did. He also added that initially he felt that there was a feeling of “camaraderie” when he was an active member of the church. Paul Haggis said that it was a wonderful feeling that he never experienced before.

On the other hand, Church of Scientology called Paul Haggis‘ interview a little more that “a regurgitation of old allegations” which have been disproved long time back. Moreover, the official statement also read that the Church of Scientology members are disappointed because the magazine has issued an interview of a “disaffected” member, who was a part of the Church before and now he is not even worthy of “tabloid”. Along with it, the article also stated that the it is unfortunate on the magazine’s part to take interview of such a person who is completely “unreliable” and he took advantage of Church’s invitations to spread rumors about it.

WASHINGTON - A new study has revealed that HIV drugs can lead to insulin resistance that further res...

LONDON - For the first time ever, Stanford University researchers have successfully transformed norm...

LONDON - A study of peak-time British programme has indicated that television dramas too often portr...
Copyright© 2011 The Gaea Times