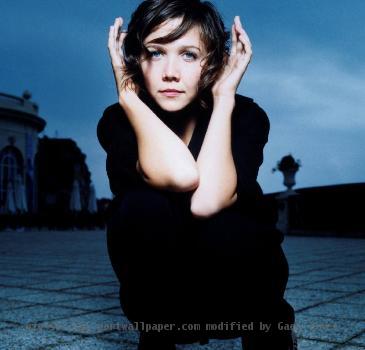 LOS ANGELES (GaeaTimes.com)- Maggie Gyllenhaal is a Hollywood actress who had the fortune of working with some of the leading men of the industry in an young age and her performance in movies like Crazy Heart and Confessions of a Dangerous Mind have won her awards and accolades. She is recently hogging headlines for her stage performance in a Broadway production of Three Sisters. The drama written by Anton Chekov is crucial for the actress for making her presence felt in Broadway. Ina recent interview given to a media entity The Dark Knight actress said that the opening night of the play gave her goose bumps. She felt a tad uncomfortable when she came to know some of her friends from the industry would be watching her performance. Among them was her actor brother the hunky Jake Gyllenhaal.

While talking about her performance anxiety in the Broadway adaptation of the popular Chekov play actress Maggie Gyllenhaal said “Opening nights are always sort of funny because everyone you love and know is always there, but that doesn’t necessarily make it easier”. She said that it is quite intimidating to feel that her close ones are among the viewers watching her histrionics on stage. The pretty actress said it is better to perform among a group of strangers. However, she is glad that her spouse Peter Sarsgaard is acting with her in the same play and is not among the viewers.

Maggie Gyllenhaal’s husband also agrees with her. The actress also likes the character she is playing on stage.

What happens when people turn their backs on brands they once loved?

WASHINGTON - A new study has found that people get emotional when they end a relationship with a bra...

'The Simpsons' to return for 23rd season

NEW YORK - 'The Simpsons'-the legendary animated sitcom-is set to make a comeback for a 23rd season,...

Hathaway was 'mortified' baring all in front of Jake Gyllenhaal

WASHINGTON - Anne Hathaway has said that stripping down in front of her former on-screen flame Jake ...

LONDON - A 10-day-old girl died in Britain when her mother put her in a washing machine with a pile ...

LONDON - A ten-day-old baby girl in the US died after her mother placed the newborn into a washing m...

SYDNEY - Jake Gyllenhaal has revealed that he and co-star Anne Hathaway developed a natural "rhythm"...

LONDON - 'Maggie May' hitmaker Rod Stewart has revealed that he still regrets his decision ...
Copyright© 2011 The Gaea Times