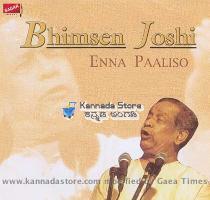 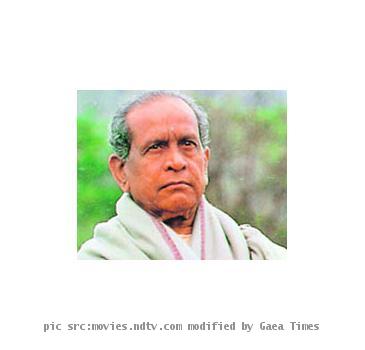 PUNE, INDIA (GaeaTimes.com)- Music maestro Bhimsen Joshi, who is known to have mesmerized generations of music-lovers with his powerful rendition of Indian classical music, breathed his last on Monday. The Bharat Ratna winner who had been struggling with old-age related ailments for the last few days, passed at Pune’s Sahyandri Hospital early today where he had been admitted few weeks ago for his deteriorating health condition. A statement that has been released by his family reveals that the veteran musician, had been put under life support with complications relating to kidney as well as heart failure, after he was hospitalized on December 31.

Dr Atul Joshi, who had been treating Bhimsen Joshi after he was admitted to the city’s medical facility told a reputed media outlet that for the last few days, the legendary musician was battling against reduced heart rate as well as a dip in the blood pressure on regular intervals. Early on Monday morning, the veteran classical singer suffered a similar incident and despite the unrelenting efforts of the doctors to recover him, he could not be revived. Since the news of Bhimsen Joshi’s unfortunate demise has spread, condolences have been pouring in from various quarters. Prominent political leaders including Congress President Sonia Gandhi expressed her condolences at the unfortunate demise of the iconic classical singer.

Bhimsen Joshi was 89 at the time of his death. He is survived by his three sons as well as a daughter. The demise of the music maestro who belonged to the ‘Kirana gharana’ of Khansahib Abdul Karim Khan, is a great loss to the music fraternity of India.

Filed under: Art and Culture, Celebrity Facts, News and Gossips

KATHMANDU - A 30-year-old from the Marwari community, the clan with the Midas touch in both India an...

NEW DELHI - Indian classical music legends, their moods and their legacies can unfold as intensely o...

NANDED - Maharashtra will recommend that the central government confer the Bharat Ratna, the cou...