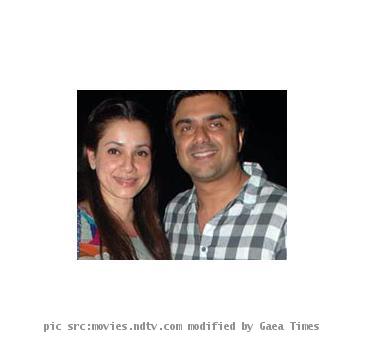 MUMBAI, INDIA (GaeaTimes.com)- It is the wedding season in Bollywood as it seems from the latest developments. Even before the buzz surrounding the marriage of actress Lara Datta and player Mahesh Bhupati could cool down a bit, the new of another celebrity marriage has surfaced. Yesteryear actress Neelam Kothari who is a noted jewelery designer now is getting married to model turned actor Samir Soni. They are reportedly tying the knot on Jan 23rd 2011. The actor who is not much extrovert by nature said “We will have a very quiet wedding ceremony with just our parents and siblings. We will have a wedding reception for our friends Jan 26.” Sources close to the couple reported that they have been dating for the last three years.

The couple is now busy preparing the list of the invitees to their marriage. The relatives of both stay in various parts of India and abroad who will come down for the marriage. It is expected that close friends of the actor including director-producer Karan Johar, Ekta Kapoor and her brother Tusshar Kapoor will be among the guests at their wedding. However, the friends of Neelam Kothari said that she and her beau have decided to keep the event a low profile one. It is not going to be a big fat Bollywood wedding as such.

In his marriage actor Samir Soni is likely to invite his inmates in realty show Big Boss. It is not known which place Neelam Kothari and her would be groom would select for their honeymoon. The couple are keen on having a number of kids and they are all set to start a family.

BHOPAL - US President Barack Obama's visit to India seems to have infused a new zeal in the 1984 Bho...

JIND - A man has been booked in a suspected case of honour killing following the death of his 19-yea...

NEW DELHI - The Air India Express crash in Mangalore in May that killed 158 passengers and crew has ...

Shutdown in Lonavala against 'Bigg Boss'

MUMBAI - The Shiv Sena has called for a shutdown in Lonavala in Maharashtra Monday to protest agains...

MUMBAI, INDIA (GaeaTimes.com)- Model-turned actor Sameer Soni is on a high these days. Not only i...