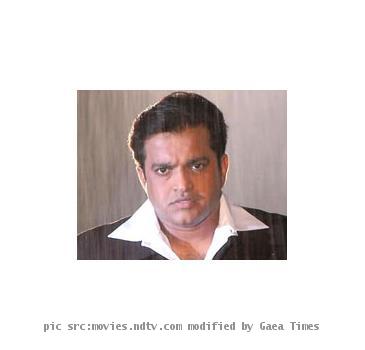 MUMBAI, INDIA (GaeaTimes.com)- 47-year-old versatile actor, Vivek Shauq died on Monday after succumbing to a major cardiac arrest. He was taken to the Jupiter Hospital where after a brief treatment, the doctors pronounced him dead. The actor is survived by his three children and wife.

Dr. Dayanand Kumbla of Jupiter hospital said that Vivek Shauq was brought to the hospital after the cardiac arrest on January 3. He also said that when he was admitted to the hospital, his heart was already paralyzed. However, he was still given three emergency shocks, and was kept under life support system, but he soon went into coma and died yesterday. Reportedly, a few days back, the actor went to Karkhanis Nursing Home in Thane to undergo a liposuction surgery. Cardiologist of Jupiter Hospital, Dr. Vijay Surase, said that the liposuction had prompted the cardiac arrest. Reportedly, the actor went through a major angioplasty operation in 2003, for which he was prescribed with two blood-thinning medicines. However, he terminated its usage before the liposuction surgery. Dr. Sameer Karkhanis, said that Vivek Shauq did not mention anything about the angioplasty, before the liposuction surgery, although the rules demanded him to mention everything about his past medical history. His reports derived by Dr. Sameer Karkhanis before the surgery yielded normal results and so they went ahead and conducted the liposuction. The surgery took an adverse turn.

The actor’s death is being mourned by several Bollywood stars. Actor Rana Jung Bahadur, his neighbor said that the news had come as a huge shock to him. He knew that Vivek Shauq had gone to Thane for a “minor thing” but his death was a bolt from the blue. After he died, actor Bobby Deol said that he has lost a very good friend and a very good human being. His last rites would be held in Mumbai today.

Post-Obama, India may get best of US technologies

NEW DELHI - The Supreme Court Thursday was told that the 1999 lynching of Australian missionary Grah...

CHENNAI - Tamil star Dhanush has apologised for hurting the sentiments of a section of society throu...

MUMBAI - The people of Mumbai are preparing to welcome U.S. President Barack Obama on November 6. St...

Obama will not come in your way, police assure Mumbaikars

MUMBAI - Mumbai Police have given assurances that during US President Barack Obama's visit to the ...

MUMBAI, INDIA (GaeaTimes.com)- Vivek Oberoi is all set to enter a new phase of his life. Whi...
Copyright© 2011 The Gaea Times