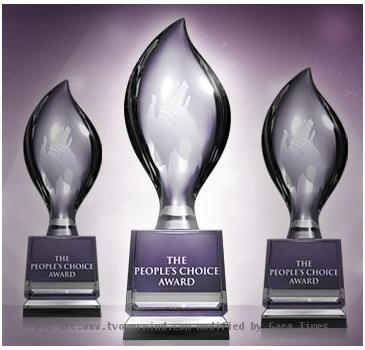 LOS ANGELES (GaeaTimes.com)- The 37th People’s Choice Awards 2011 witnessed some of the mesmerizing performances of the year. Queen Latifah hosted the much anticipated show and she opened it with her single “God Bless Saturday”. There were 45 categories of movies, music, favorite stars and also online entertainers. The audience voted for their favorite categories and shows and Queen Latifah congratulated everyone saying that there were 175 million votes cast this year! “Twilight” stars bagged awards for their wonderful movie.

Veteran actor Johnny Depp bagged award on the Best Actor category and Kristen Stewart was named the Best Actress of the year. “High School Musical” actor Zac Efron received award on the Movie Star Under 25 category. Jackie Chan bagged the award for the Best Action Hero. One of the surprising thing that happened this year was that “Keeping Up With the Kardashians” managed to beat “Jersey Shore” in the TV Guilty Pleasure category. Newly wed singer Katy Perry bagged Online Sensation award. Eminem’s “Love the Way You Lie” proved to be the show stealer of the year as it bagged maximum number of awards. Rihanna received award for the Pop Award of the year along with other awards of “Love The Way You Lie” song. People’s Choice Awards 2011 saw who’s who of the entertainment industry nabbing the coveted awards of the night.

Sadly, teen sensation Justin Bieber did not bag any award this year. Selena Gomez wowed the audience with her song “A Year Without Rain”. Neil Patrick Harris earned his award for the category of Favorite Comedy Artist for his commendable role in “How I Met Your Mother”. People’s Choice Awards 2011 lined up to the expectation of the audience with its spectacular performances and it surely gave the award season of 2011 an energetic start.