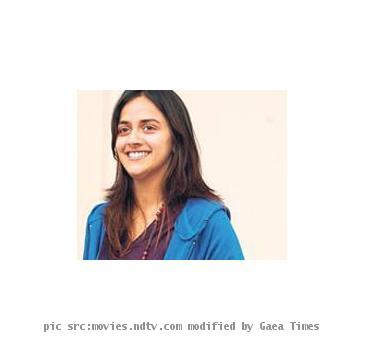 MUMBAI, INDIA (GaeaTimes.com)- The fact that her older sister is still struggling to make it big in Bollywood does not seem to have deterred Hema Malini and Dharmendra’s younger daughter Ahana Deol from trying her luck in Bollywood. If recent reports are anything to go by then actress Esha Deol’s younger sibling is all set to kick off her acting career by starring in filmmaker Vikramaditya Motwane’s next project. Vikramaditya Motwane is known for directing last year’s critically acclaimed flick “Udaan” and rumors are doing the rounds that the upcoming project of the director would also be produced by Anurag Kashyap, who produced his debut venture as well.

Although any confirmation in this regard has not been available as yet, a close friend of Ahana Deol is reported to have revealed to media outlets that the aspiring actress is very close to Vikramaditya Motwane and his wife which one of the reasons as to why she has decided to play a role in the director’s upcoming venture. Moreover, the insider also said that currently Esha Deol’s sibling is going through the script while adding that the forthcoming project would have an ensemble cast.

Meanwhile Ahana Deol’s decision to join Bollywood might come as a surprise to many considering the fact that Hema Malini’s younger daughter is known to have stayed away from the film circles despite being born in a film family. Reports say that many producers have in the past expressed their desire to cast Ahana Deol in major roles, but she is known to have turned all the offers down.

PUNE, INDIA (GaeaTimes.com)- The 22nd Pune Festival was inaugurated on Friday and it turned out ...

It is difficult to find trustworthy staff: Hema Malini

Bobby Deol born as Vijay Singh Deol on January 27, 1970 is an Indian film actor who appears in Bolly...
Copyright© 2011 The Gaea Times