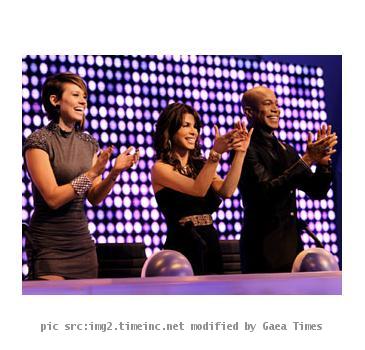 LOS ANGELES (GaeaTimes.com)- A new dance competition, called “Live to Dance” is being launched by the former “American Idol” judge Paula Abdul. The show premiered last night at 8p.m on CBS. Dancers from all over the country turned up for the audition of this all new dance show. Paula Abdul is a powerhouse of talent herself. She is very enthusiastic about her show. She referred to her show as “a gem”.

Paula Abdul had remained a choreographer, entertaining the audiences with the moves. This 48-year-old lady has Grammy Award to her credit, thanks to her recordings. She has also been a judge on “American Idol”. She is coming back to television once again as the producer of the dance reality show “Live to Dance“. The show is supposed to have no age limit of the dancers. People ranging from 9 years to 90 years can compete on this platform. There would be different forms of dance, like tap, break dance, tango and ballet. Participants could either perform solo, or in group. There could also be a fusion of various dance styles. Judgement is going to be fair on this platform and credit would be given to creativity. Participants reaching the semi-finals and the finals would be performing live on CBS, and the winner gets $500,000 cash prize.

The official website of “Live to Dance” says that the dancers who came in for the audition did not just have talent, they also had the passion and the drive to get to the top. Talking of the competition, Paula Abdul said that she was inspired by the UK format of such a dance reality show, known as “Got to Dance” in UK. She is very excited about her show and hopes viewers would also like it.

According to McAfee report,Â  58% domain that was hosted in Vietnam's vn domain is the breeding g...