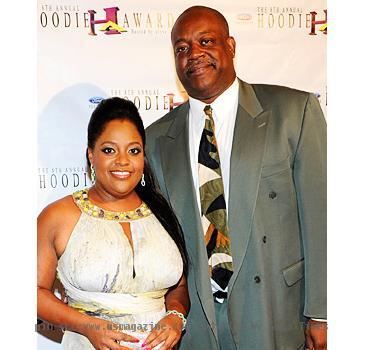 LOS ANGELES (GaeaTimes,com)- The co-host of “The View”, Sherri Shepherd got engaged to her beau Lamar Sally, a television writer. The couple got engaged in December 26, 2010 during Christmas holidays. Sherri Shepherd’s representative confirmed the news to the media and also the actress took to the social networking site to announce the news and share her happiness with her fans on Tuesday. The couple, who has been dating for over a year, plans to exchange vows in August in Chicago.

Sherri Shepherd’s friend Niecy Nash also stated in the homepage of her social networking site that the television personality is engaged to Lamar Sally. Niecy Nash’s fiance Jay Tucker introduced the couple about a year ago in one of the parties. Niecy Nash, hence, jokingly said that she is all set to start her new career as a match maker! Sherri Shepherd said that she will share her experience and the details of her engagement ring when “The View” returns on television on Monday. The representative of the actress issued a statement where he stated the intrinsic details of her engagement.

Khloe Kardashian reveals why she is scared to get pregnant

Khloe Kardashian feels getting pregnant is a hard process

Aid for those sickened in WTC cleanup passes HouseWASHINGTON â A bill to give up to $7.4 billio...

Under the radar? 2-time champion Lakers watching Miami along with rest of NBA world