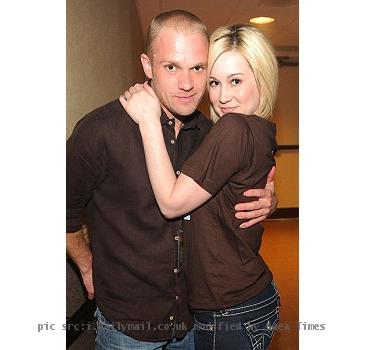 LOS ANGELES (GaeaTimes.com)- Former “American Idol” contestant Kellie Pickler exchanged vows with her fiance Kyle Jacobs in January 1. The couple got married in a private romantic ceremony in Caribbean island among their close family members and friends. The representative of Kellie Pickler announced the news to the media, though no wedding pictures or any other details of the marriage were provided.

Kellie Pickler also took to social networking site to announce the happy news and share her experience with her fans. The singer stated that with cigar in one hand and rum in the other she felt, it was one of the precious moments of her life. Just few days before her marriage, Kellie Pickler took to Twitter and posted a black and white picture of the couple where she wrote that she is “crazy” about Kyle Jacobs. However, after her wedding, she stated that she felt nice when some one called her with the name “Mrs. Jacobs”.

Kellie Pickler and Kyle Jacobs got engaged in June, 2010 after dating each other for two and half years. The “American Idol” contestant told a reputed media source that it was the most amazing day of her life as her beau proposed her on her late grandmother’s birthday. Kellie Pickler told a reputed media source that she spent the whole day with Kyle Jacobs and they laughed and cried together. She stated that she somehow felt they got their grandmother’s blessings. She said that Kyle Jacobs is the most important man of her life and she could never love somebody the way she loves him. The couple is presently enjoying their honeymoon in Caribbean island.

"Dancing With The Stars" Vote Continues

LOS ANGELES (GaeaTimes.com)- Now that the semi final episode is over, the fans of "Dancing w...