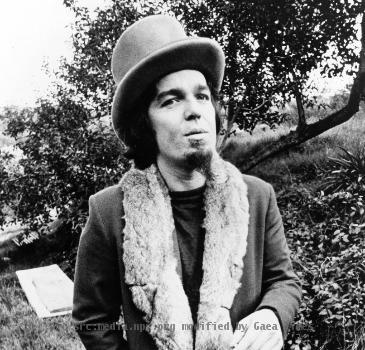 SAN FRANCISCO (GaeaTimes.com)- Don Van Vliet, who was best known by his stage name Captain Beefheart breathed his last at a Northern California Hospital on Friday, Michael Werner Gallery announced the news to the media. The veteran musician passed away because of complications from multiple sclerosis, media sources report. He was 69-years-old.

Michael Werner Gallery released a statement where it was stated that Don Van Vliet was an influential and complex figure in the field of visual arts and performing arts. The statement also reads that he was the most “original recording artists” of all times. Condolences are pouring in after the news of his sad demise has been announced. Singer/songwriter Linda Perry took to Twitter to express her condolences and sadness over the fact that the renowned musician is no more. Penn Jillette, well known illusionist and comedian also wrote in the homepage of his social networking site that with the passing away of Captain Beefheart, world has lost another hero and inspiration. John Peel, former disc jockey of a reputed media site once called Don Van Vliet as popular music genius.

Michael Werner Gallery, where Don Van Vliet’s paintings are displayed also stated in its statement that the artist’s paintings are wonderful and they can be called as the product of unique and rare vision. The musician was well known for combing peculiar tones that he drew from jazz, blues, psychedelia and also other tones. Frank Zappa’s daughter Diva Zappa said that she has heard about the demise of Don Van Vliet and expressed her heartfelt condolences. The renowned musician made few public appearances in the last two decades after his retirement from music.

LONDON - Harry Potter star Emma Watson has revealed that she has faced 'dark times' due to a 'voice ...
Copyright© 2010 The Gaea Times