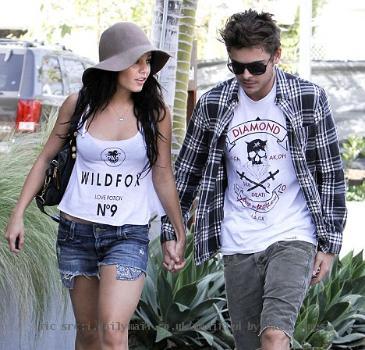 LOS ANGELES (GaeaTimes.com)- Hollywood’s one of the hottest couple Zac Efron and Vanessa Hudgens have reportedly ended their three years of relationship, media outlets report. Various web portals, tabloids and magazines are presently abuzz with the report of their break up. The gossip magazines claim that the couple has gone their separate ways mutually.

However, a reputed media site reported that there is no involvement of any third party and the couple are still friends. Zac Efron or Vanessa Hudgens‘ representative declined to comment anything about the matter. Though the online celebrity fashion and lifestyle sites failed to provide any specific details about reason of the break up, the page 3 journalists have reported that the relationship “ran its course”. A source close to the couple, reportedly, said that Zac Efron and Vanessa Hudgens are still in talking terms. The source also reported that the break up is not dramatic as nobody cheated the other partner.

The fans of “High School Musical” couple are still wondering what might have happened between the couple that they decided to break up. Though the “High School Musical” hunk with a killer smile said that he is one woman man and does not wish to date multiple women. Zac Efron, who currently gave a commendable performance in “Charlie St. Cloud”, told a reputed media source in 2009 that he does not plan to get married until he is 40. On the other hand, Vanessa Hudgens also previously said that from the beginning, the couple had a connection with each other. The beautiful actress added that her beau was “adorable”. Vanessa Hudgens, is presently shooting “Journey 2: The Mysterious Island” in Hawaii.

LONDON - Britain's fattest man, who weighed 50-stone, has undergone surgery in India after doctors i...

Zac Efron to star in 'Akira'?

Hudgens not converting to Judaism

LONDON - A representative for Hollywood actress Vanessa Hudgens has denied reports that she is prepa...

Pill can trigger a woman's jealous side

LONDON - Actor Zac Efron has revealed that he feels awkward standing next to his girlfriend Vanessa ...
Copyright© 2010 The Gaea Times