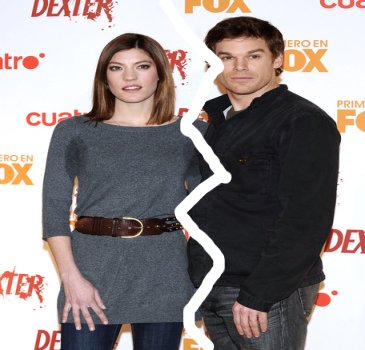 LOS ANGELES (GaeaTimes.com) — Its another story of celebrity split. The star couple Michael C. Hall and Jennifer Carpenter have now announced the end of two years of their marriage. The couple have filed divorce in the court seeking separation from each other.

Michael C. Hall and Jennifer Carpenter rose to popularity from the hit series of Dexter, where we see them playing as brother and sister. More accolades came in their way during their short conjugal life.

“Having been separated for some time, Jennifer Carpenter and Michael C. Hall have filed for divorce,”

Reps of the couple said in a statement.

Hall and Carpenter got married on December 31, 2009 in a New Year’s Eve ceremony. They have no children. Hall was previously married to Broadway actress Amy Spangler.

Now the producers are worrying over the couple’s split off. They cant figure out how the actors will be able to work as closely as their characters demand.