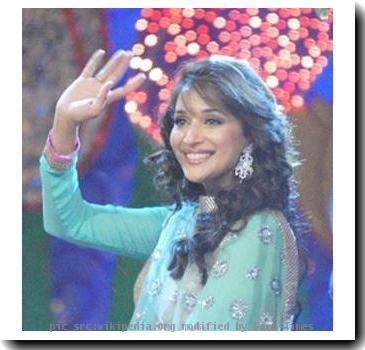 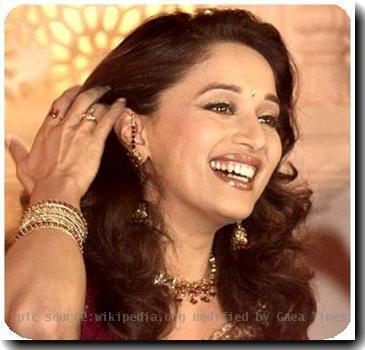 MUMBAI, INDIA (GaeaTimes.com)- After setting the silver screen on fire for years, Bollywood diva Madhuri Dixit is back from her self-imposed hiatus but this time it is the small screen that the actress is all set to dazzle. With the much-anticipated season four premiere of the dance reality show “Jhalak Dikhhla Jaa” creating extensive hype among the television viewers, one cannot deny the fact that the presence of the Bollywood’s very own ‘dhak dhak’ girl as one of the judges has a lot to do with accentuating the anticipation of the audiences.

The ardent followers of the screen goddess are not the only ones who are highly excited about Madhuri Dixit reality television stint but the actress herself is immensely upbeat about it. While talking to media outlets about the Sony reality show, the 43-year-old Bollywood star revealed that she has been enjoying herself to the fullest on the show while judging the participants who are celebrities in their own field. Moreover, Madhuri Dixit also had appreciated the sheer dedication and enthusiasm of the contestants, many of whom have been her co-star in the past. Whether the Bollywood diva would turn out to be a tough judge to impress or a softer one would be clear in the upcoming episodes, but the actress herself has reiterated that initially things are going to be relaxed on the show but later the judges would get more critical about the performances.

Meanwhile, “Jhalak Dikhhla Jaa” is not Madhuri Dixit’s first stint at reality television. The actress has earlier been associated with a marriage based show “Kahin Na Kahin Koi Hai” but it failed to attain success.

LUCKNOW - Alarmed by a spate of on-campus suicides, the Indian Institute of Technology, Kanpur is to...

'Shah Rukh Bola..' is a film about faith: Director