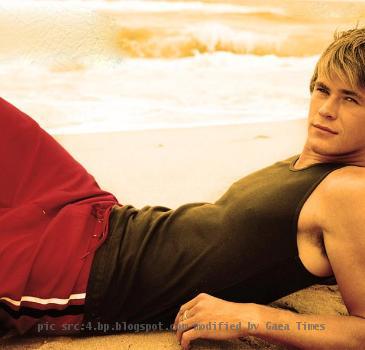 LOS ANGELES (GaeaTimes.com)- Those who love watching mythological flicks with a tinge of superhero characters would love the upcoming offering from marvel Studio. The first official teaser trailer for the movie ‘Thor’ has appeared online and the viewers have liked it a lot. Yahoo movies has released the HD trailer and it is little more than two minutes long. It comes from marvel studios which has superhero blockbusters like Iron Man to its fame. The cast of the movie is really interesting. Natalie Portman is set to enthrall the viewers with another intense performance after the critically acclaimed Black Swan and she is paired with the gorgeous Australian hunk Chris Hemsworth in this film. The fans of the sizzling actor will be happy to know that in the film he is flexing his abs and muscles and in some scenes he appears minus shirt!

The movie ‘Thor’ also has an interesting cast including veteran actors like Tom Hiddleston, Anthony Hopkins, and Kat Dennings with others. Kenneth Branaugh is the director of this movie. The release date of the movie has been set in the first week of May 2011. The interesting thing about the movie is that the actions take place in both the fantasy world of Asgard and in planet Earth. The trailer leaves no room for doubt that the visual effects and cinematography are going to its strong points. Destroyer, the villain of the movie looks awesome in his armored suit.

In ‘Thor’ movie Trailer there are some action scenes which look engrossing. The success of the movie may do wonders for actress Natalie Portman who is on a high after the rave reviews Black Swan has got.