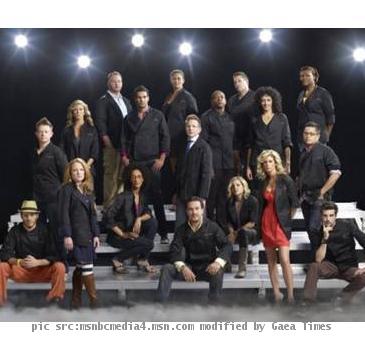 LOS ANGELES (GaeaTimes.com)- There is some great piece of news for all the ardent followers of the Bravo reality series ‘Top Chef” as the eighth season of the culinary competition premiered on the network last night. As expected, the pilot episode of the latest season “Top Chef: All Stars” was able to attract high viewership as the anticipation among the fans of the show was quite high since it was announced in the reunion episode of the last season that the Bravo reality show has been picked up for a brand new edition.

One of the main factors that ensures that the ardent fans of the reality series would get to witness something new in “Top Chef: All Stars” is the fact that the current edition includes talented contestants from all the previous seasons who could not make the cut due to the slightest margins. Although the main essence of the show remains essentially the same, with the contestants attempting to give their best shot and judges evaluating their culinary creations, the interesting interplay among the contestants seeking the title of the ‘Top Chef’ once again would surely bestow the show with the necessary entertaining elements.

Apart from the eighteen contestants, the viewers are familiar with, a new face on the show would be at the judges table as renowned chef Anthony Bourdain would be seen in the upcoming episodes of “Top Chef: All Stars” analyzing the culinary skills of the competing chefs. The rest of the panel of judges remains unchanged with Padma Lakshmi, Gail Simmons as well as Tom Colicchio as the head judge.