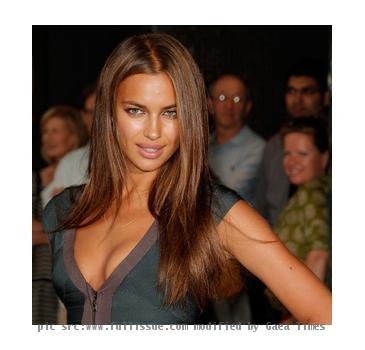 On the other hand, Irina Shayk’s representation agency in Spain, Elite Barcelona said that the Russian model did not pose nude. Even the managing director of the agency, Gael Marie said that Irina Shayk has become a victim of Photoshop. The managing director claimed that GQ magazine has violated Cristiano Ronaldo’s flame’s contract and removed her clothes electronically in three photos of 14 page spread. Gael Marie described these photos as “defamatory” as it might tarnish Irina Shayk’s image and can effect her career in future. Irina Shayk’s representative also said that the model never saw or approved of the photo. The agency claimed that GQ magazine did not take Irina Shayk’s approval while featuring her photograph, interview, caption.

However, GQ magazine officials responded to the allegations through a lengthy letter stating that Cristiano Ronaldo’s girlfriend and her agency Elite knows that she posed nude for the photo-shoot. The magazine officials claimed they have 15 witnesses who attended the photo-shoot. The magazine claimed that Vincent Peters took the snaps and the magazine is ready to provide all the documents, facts and witnesses if needed. However, Elite Barcelona agency did not comment anything about this letter but the officials said that Irina Shayk will be suing the magazine for the nude cover. Irina Shayk is the ambassador of Intimissimi, an Italian lingerie brand.

Ronaldo reckons he is simply phenomenal

LONDON - After netting twice for Real Madrid in a match against Hercules, Portuguese football star...

Rooney will prove his worth very soon: Ronaldo

LONDON - Real Madrid winger Cristiano Ronaldo believes that it is only a matter of time before Manch...

Rooney snubbed by away supporters at Stoke

LONDON - Manchester United fans snubbed striker Wayne Rooney by refusing to sing his name during the...

NEW YORK - These days Irina Shayk can be seen everywhere in Spain, home of her boyfriend, Real Madri...
Copyright© 2010 The Gaea Times