‘Allah Ke Banday’ Reviews Are In 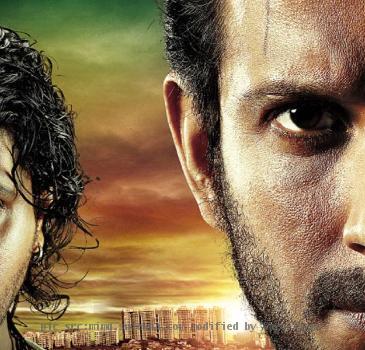 MUMBAI, INDIA (GaeaTimes.com)- Dbutante director and actor Faruk Kabir’s film ‘Allah Ke Banday‘ has released today and the reviews are largely positive. The film narrates the grotesque tale of Mumbai’s underbelly with all its crime, sleaze and corruption in a vivid way. The film follows the lives of two slum kids of Mumbai who gets absorbed by the vortex of crime in Mumbai slums from their childhood and each chooses his own way when they grow up. Faruk Kabir makes an impressive debut as a director and his acting skills also deserve praise. There is an element of rawness and aggression in the characters in the film which gives it a real and edgy look.

Parts of the film ‘Allah Ke Banday‘ may remind one of the films like Oscar winner Slumdog Millionaire of Danny Boyle or City Of Gold of director Mahesh Manjrekar. Vishal Sinha does a wonderful job as the camera man and the cinematography in the film is breathtaking to say the least. However, the editing could have been better and there are sections in the film which do not gel with the rest of the plot. Actor Sharman Joshi who have earned rave reviews for his performances in critically acclaimed films like 3 Idiots and Rang De Basanti does a commendable job here. Veteran actor Naseeruddin Shah has a small role in the film but he steals the show with his expressions and demeanor.

In ‘Allah Ke Banday‘ the director does not glorify crime. It is hard to say how it will do at the Box Office. The big contender is the Imran Khan-Deepika Padukone starrer ‘Break Ke Baad’.