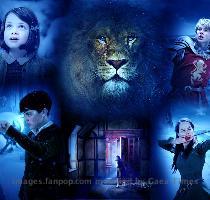 LOS ANGELES (GaeaTimes.com)- “The Chronicles of Narnia” is all set to hit silver screen in December 10 this year. This epic fantasy movie is not only popular among the kids but also the adults who love fairy tales and dream come true movies. “The Chronicles of Narnia: The Voyage of the Dawn Treader” has hogged limelight for its riveting storyline, its powerhouse star-cast and also because this movie will be released in India first and then in United States. Moreover, the actors and the crew of the film have come forward to help a charitable organization ‘Variety” and this generosity is appreciated by the Narnia fans.

“The Chronicles of Narnia” actors Georgie Henley and Skandar Keynes will be appearing on Knoxville for the pre-opening of the fantasy movie on December 8. The event will take place at the Regal Cinemas Pinnacle Stadium 18 in Turkey Creek. Regal Entertainment Group’s Greg Dunn, the operating officer and president of the group was all in praises for the actors and he said that once Georgie Henley and Skandar Keynes found out that the early premiere would help the charitable organization Variety, both of them were “anxious to help”.

Greg Dunn said that Regal Entertainment Group helps the charitable organization since 2003 and this year also through the pre-opening event, the company hopes to draw $400,000 for Variety. The sources confirm that the tickets for the event will go on sale from Tuesday. “The Chronicles of Narnia: The Voyage of the Dawn Treader” will mainly deal with Edmund, Lucy Pevensie and Eustace Scrubb’s journey through different oddities and in the end their fight to save Aslan’s county and all it creatures from impending dangers.