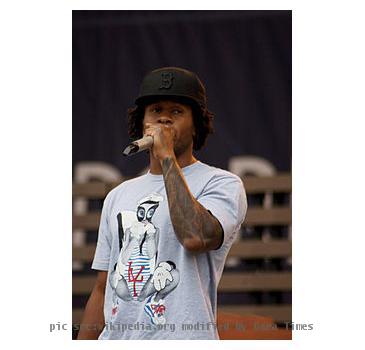 MIAMI (GaeaTimes.com)- Its seems that Jackie Mofett, the ex-girlfriend of murdered American football star Sean Taylor has finally moved on with her life. After the tragic incident three years ago in which the former Washington Redskins free safety was killed by a group of intruders, actor Andy Garcia’s niece left the past behind her and stepped into a new life by tying the knot with N.E.R.D. star Shay Haley in the past weekend.

The news that the pair who have been romantically involved for some time now have walked down the aisle was reported by a news website which revealed that the marital nuptials took place on Saturday at a ceremony in Miami. The wedding ceremony was a close-knit affair which was attended by only the family members and close friends of the newly-weds. According to reports, the prominent personalities who attended the wedding ceremony of Sean Taylor’s former flame and Shay Haley included Pharrell Williams, the lead singer of the funk rock band N.E.R.D who was the best man. At the same time, R&B star Chris Brown was also present at the gala wedding ceremony and also delivered a stunning performance at the reception.

Actor Andy Garcia’s niece was present with her former beau on the fateful day of November 27, 2007 when few thieves barged into their Florida house and shot the Washington Redskins free safety which led to his death. However, Jackie Mofett was able to escape unharm by hiding under the bed along with the couple’s 18-month-year-old daughter. Sean Taylor was then immediately rushed to the Jackson Memorial Hospital where he breathed his last.