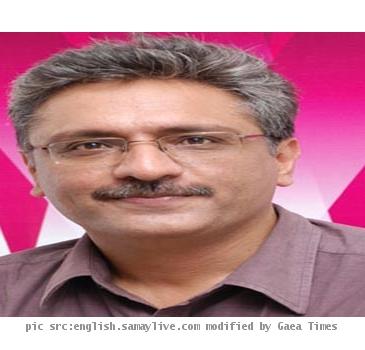 MUMBAI, INDIA (GaeaTimes.com)- In a recent development budding Bollywood director Pankaj Advani passed away after suffering heart attack. The director breathed his last on Wednesday. The news has left many of his co workers and friends in Mumbai shocked. He was only 45 years old. An FTII graduate he began his career as screenplay writer. The films in which he left his mark include ‘Cape Karma’ and ‘Kabhi Haan Kabhi Naa’. Last year he made his directorial debut with the film ‘Sankat City’ which had actors like Anupam Kher and Kay Kay Menon in its cast. Bollywood actor Chunky Pandey was shell shocked when he came to know about the demise of the director Pankaj Advani. He was in talks with the director about making a film which the actor wanted to produce.

Ace actor Anupam Kher expressed his grief about the unexpected death of director Pankaj Advani on Twitter. Pankaj Advani was a close buddy of veteran director Kundan Shah. He also made a children’s film at the beginning of his career in Bollywood and showbiz. Pankaj Advani was also actively involved into blogging. In his blog he used to write about films that impressed him. The last time he updated the blog was on October 25th. Actor Kay Kay Menon who worked in his film said “I am one of the lucky ones to have worked with and be amazed at the brilliance of Pankaj’s mind.”

The family of the director is also deeply grieved as one can understand. With the demise of Pankaj Advani Bollywood lost a director whose talent was never tapped to the full.

GUANGZHOU - India defeated traditional rivals Pakistan 3-2 in a men's hockey group B match at the As...

GUANGZHOU - Aditya Mehta potted an unexpected bronze in the men's snooker singles after losing in th...

I have been reckless about film choices: Gaurav Kapur

GUANGZHOU - India's Pankaj Advani could not replicate his billiards performance in the snooker event...