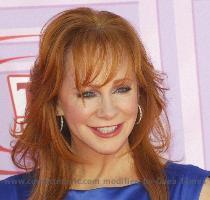 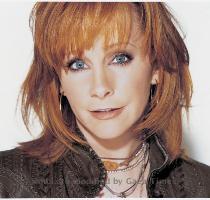 LOS ANGELES (GaeaTimes.com)- Country star Reba McEntire released her new album ‘All The Women I Am’ recently and the web has been abuzz with reviews and sneak peeks into the album where the artist has revealed the emotional turmoils of her personal life. Reba McEntire said in an interview on Tuesday that the album deals with divorce, having kids, dealing with friends’ relationship and also making the man in one’s life realize that he has treated her badly.

‘All The Women I Am’ is Reba McEntire’s 26th studio album and the 55 year old singer has already reached legendary status for several of the new country artist like Miranda Lambert, Taylor Swift and Carrie Underwood. Miranda Lambert, who dominated in the nominations of the CMA Awards this year, said that Reba McEntire has shown what a woman’s career should look like. She described her as a ‘mogul’ and said that in spite of being in the industry for so long, she looked better than ever. She was also all praises for her music which she said always managed to fit in.

Reba McEntire has also covered one of Beyonce Knowles famous hits, ‘If I Were A Boy’ in the album ‘All The Women I Am’. Though comparisons between the R&B star and the country veteran is bound to arise, several critics felt that she did justice to the difficult song and also lend her own style into the fantastic lyrics. Another song that has already started making rounds on the web is ‘The Day She Got Divorced’ which talks of a woman’s plight on the day of her divorce.

LONDON - Sarah Palin might splurge 3000 dollars out of her campaign funds on underwear for the whole...

Joanna Garcia plays Parker Wald in "Revenge of the Bridesmaids"

LOS ANGELES (GaeaTimes.com) -- Joanna is to team up with Raven- Symon in ABC Family's newest origi...

Revenge Of The Bridesmaids Aired On ABC