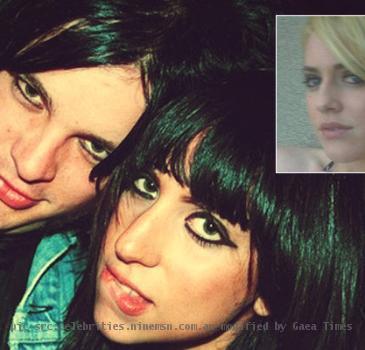 LOS ANGELES (GaeaTimes.com)- For actress Alex Stebbins, vying for love with Lady Gaga was always a no-no. When her former boyfriend Luc Carl told her in the month of June that he wanted to end their relationship as he was again romantically involved with the “Poker Face’ singer, there was nothing much that she could do, Alex Stebbins revealed in an interview to a leading media outlet recently.

The 21-year-old actress was dating barman and drummer Luc Carl, 29 for a period of one year after they meet for the first time in 2009. In the interview, Alex Stebbins described her relationship with Luc Carl ‘perfect’ until Lady Gaga entered the scene and stole her boyfriend. While talking about the 24-year-old pop sensation, the actress said that the “Bad Romance” singer has the habit of literally getting anything that she wants and as she had the one thing Lady Gaga could not have, that made her want Luc Carl back in her life. The “Law & Order” star also added that she knew she did not stand a chance of winning her love back as Lady Gaga is the ‘most powerful women in the world.’

Meanwhile, drummer Luc Carl and Lady Gaga had been in a relationship for three years before the “Just Dance” singer shot to stardom and in the year 2008, they called it quits. Alex Stebbins, however, claimed that when the 24-year-old singer came to know that her former beau was now romancing another woman, she could go to any extent to win him back. Representatives of neither Lady Gaga nor Luc Carl have issued any comments in this regard.

LONDON - A boy in Britain helped catch a thief by clicking his photograph and posting it on Twitter....

SYDNEY - Australian vice-captain Michael Clarke is suffering from back soreness and is doubtful for ...

Man U all set to sign Danish keeper Lindegaard

Ferguson's secret dream was to manage Barcelona once in his life

LONDON - Manchester United manager Sir Alex Ferguson has revealed that his secret dream is to manage...