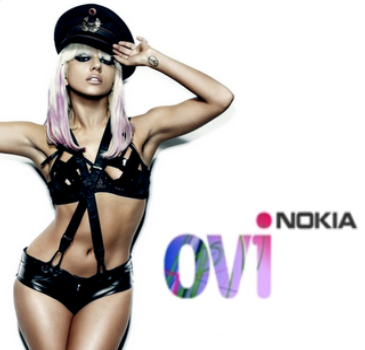 With the 2010 MTV Europe Music Awards knocking the doors, Nokia’s Ovi Music reveals Lady Gaga to be all set to scoop all of the five award for which she has been nominated leaving none behind at all. This has resulted out of a survey made in regard of the number of downloads that have been made from the music store.

Lady Gaga considered the self-styled Princess of Pop, very well happens to be the world’s most popular female artist, that’s if the music downloads from Ovi Music is counted on. The survey has been made across 38 different countries. This year Katy Perry and Gaga will be noticed battling it out in the Best Pop, Best Female, Best Song and Best Video categories.

Why not take a look for yourself??

Jake Larsen, who happens to head the music department for Nokia Middle East and Africa stated that,

As we approach the MTV Europe Music Awards, it seems Lady Gaga is firmly on track to win the battle for girl power she’s incredibly popular amongst Ovi Music downloaders around the world. It’s great to see so many female artists nominated for awards and, despite being the underdog, Katy Perry’s hit California Gurls saw downloads rocketing earlier this year.

If you want to have a regional based stat, then look at the same given below.

Wherever you move on, there’s this clear name blazing high – Lady Gaga !! So, what do you think?? Is she gonna make it all the way for a high five?

ON BOARD AIR INDIA ONE - President Pratibha Devisingh Patil, who left on nine day state visit to W...
Copyright© 2010 The Gaea Times