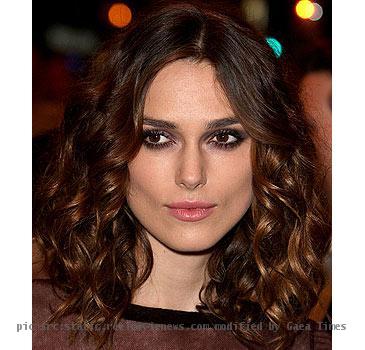 LOS ANGELES (GaeaTimes.com) — Battle for the role of ‘lifetime’ begins. Keira Knightley and Rebecca Hall are fighting hard to grab the role of Daisy Buchanan in a new adaptation of ‘The Great Gatsby’.

Reportedly, both the actress are trying to impress the director Baz Luhrmann for the most sought-after character.

For a young actress its a golden opportunity since Rooney Mara was cast as Lisbeth Salander in the remake of The Girl With The Dragon Tattoo.

The movie inspired by F Scott Fitzgerald’s classic novel will be filming Leonardo DiCaprio in the title role. The most-awaited movie will be the first since 1974 version that starred Robert Redford and Mia Farrow.

As of now, Hall is said to have taken an edge over Knightley.

LONDON - Keira Knightley and Rebecca Hall are reportedly going head-to-head to bag the role of Daisy...

LONDON - Actress Keira Knightley has been left mortified after her 1.3- million-pound flat was ransa...

LONDON - 'Pirates of the Caribbean' star Keira Knightley's 1.3-million-pound flat has been ...