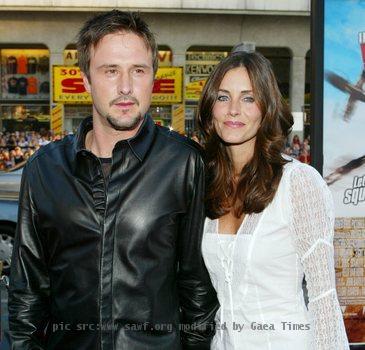 LOS ANGELES (GaeaTimes.com) — Top celebrity actress, Courteney Cox openly talks about her estranged husband David Arquette. The Famous actress of “Friends” admits that she has separated with her David with whom she was in a marital relationship for 11 years.

In the month of October the beautiful couple announced their separation in public. In the mean time Courteney is constantly guided by by friend Jennifer Aniston. Jenifer, who herself divorced from Brad Pitt in 2005 seems to offer her friend advice about Courteney’s marital problems.

Courteney Cox and her husband met on the sets of film “Scream” and the couple’s love grew from there that later on blossomed into marriage. The couple has no plans to get divorced. they are blessed with a 6 year old daughter named Coco.