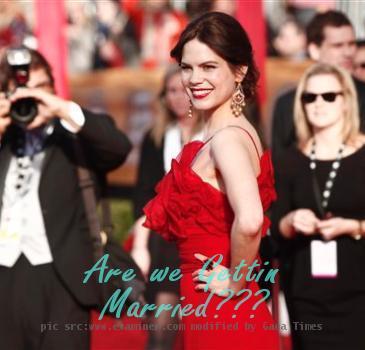 LOS ANGELES (GaeaTimes.com) — A day is sure to come when Twitter will be used to send marriage invitations instead of cards or personal letters. “True Blood” famed actress Mariana Klaveno is sure to make sure that day comes sooner as she posts her engagement news via her tweets.

Sorry I’ve been out of touch for a few days - been busy getting engaged!!!

Mariana Klaveno is known for her role as vampire Lorena on HBO’s True Blood. Although her character was killed from the series, she is now currently filming a movie titled ‘No God, No Master’.

Well, what we can say more? Congrats Mariana. Hope you get married soon!