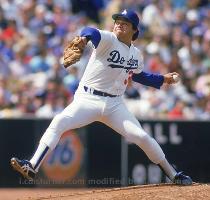 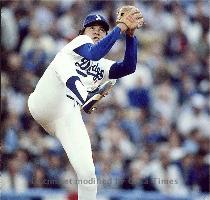 SAN FRANCISCO (GaeaTimes.com)- Tuesday night’s ‘30 for 30′ showcased the rise to fame of the legendary Hispanic baseball star Fernando Valenzuela. The film looked back at the frenzy that the player caused back in 1981. The film called ‘Fernando Nation’ was directed by the Mexican born director Cruz Angeles.

‘Fernandomania’ that started in the early 80s with the performance of Fernando Valenzuela in 1981 when he earned the ‘Rookie of the Year’, ‘Pitcher of the Year’ and the ‘Cy Young Award’. The mania also caused several fans of the Hispanic community to take new interest in the game. He also opened up new possibilities for the community in the Dodgers’ side. Fernando Valenzuela was known for his unique pitching style before which he looked up at the sky. He was also known for his screwball. He was one of the most crucial factors in the Dodgers’ side which won the World Series in 1981 against the New York Yankees, earning them their first win since 1965.

The show on ESPN showcased the impact that the Fernando Valenzuela had on the game of baseball as well as the Hispanic community. Some of the challenges that the Hispanic faced as a star in that era was also shown in the 50 minute documentary. Fernando Valenzuela was also a wonder with the bat and the documentary highlighted the talent. There were also some clips shown form his legendary 8-0. 0.50 performance in the opener in 1981. For fans of the sport who are above the age of 45, the documentary was a rather nostalgic look back into the ‘Fernandomania’ days.