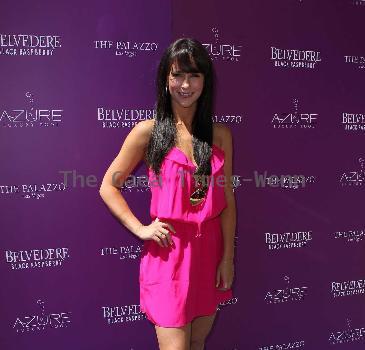 LOS ANGELES (GaeaTimes.com)- In spite of the network deciding to pull the plug on the next season season of ‘Ghost Whisperer‘, fans who will miss Jennifer Love Hewitt as Melinda Gordon, have a lot to look forward to as Fox is, reportedly, discussing a new comedy for the gorgeous actress. According to insiders, the show being negotiated will be a comedy on lines of the ‘Big Bang Theory’ and there are chances that Jennifer Love Hewitt will get more airtime on the network.

The last episode of the 5th season of ‘Ghost Whisperer‘ was aired on May 21, 2010. The show enjoyed significant ratings and viewership. Many feel that the cancellation comes as a surprise as the show had a strong fan base in the 18-49 demographic. The show revolved around the central character, Melina Gordon, played by Jennifer Love Hewitt who lived in a fictitious town in New York. With the ability to see the dead, Melinda Gordon wanted to help the souls who were trying to make it to the other side. Though a drama series, the show had elements of horror and suspense.

The show picked up its sagging viewership in season 4. Though there was a slight fall in the viewership of ‘Ghost Whisperer‘ in the 5th season, it is unlikely that the show was canceled due to that. There are also reports circulating on the web that show will be picked up by another network soon. Fans of Jennifer Love Hewitt, for the meanwhile can take heart from the fact that the actress is presently shooting for he guest performance in ‘Love Bites’ and also her role in the new season of ‘Castle’.