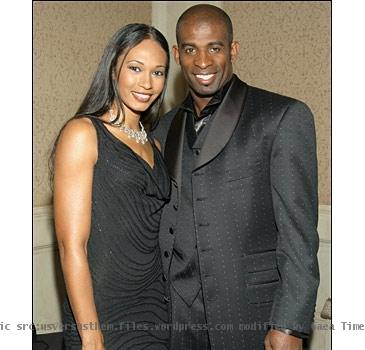 LOS ANGELES (GaeaTimes.com) — Popularity of footballers is no less than popularity of a Hollywood star. This can be easily depicted by reality shows that invite footballers and features lots of drama associated with the game. Now, it seems the ladies behind the successful men are also getting involved into the drama, thanks to VH1 reality show.

Sources said that six wives and girlfriends of current and former Dallas Cowboys and other football players will appear in the new VH1 show, ‘Football Wives’. The show premiers on Sunday.

Pilar, wife of Deion Sander takes the new role as a challenge as she thinks that it will bring her an opportunity to display herself before the people of America. She strongly denies the fact that people usually thinks about a footballer’s wife.

She reveals her intention for being in the show as,

to dispel any of the rumors of being a football wife — you get to sit home, eat Bon Bons and order people around to do everything for you. Absolutely not.

To establish one’s own identity is very important rather than staying as someone’s wife — that is what Pilar believes.

The show will let the viewers to see Mrs Sanders and other ladies battling with career as well as looking after their family.

Isn’t it gonna be great show for us? What do you think friends?