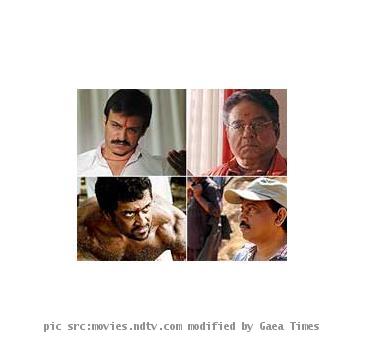 HYDERABAD, INDIA (GaeaTimes.com)- Ram Gopal Varma’s latest release “Rakta Charitra” which hit theaters across the country on Friday, had found itself amidst a huge controversy after supporters of former Andhra Pradesh Chief Minister N.T. Rama Rao alleged that the movie misrepresents the leader. Workers of Telugu Desam Party blocked the screening of the movie in many parts of Andhra Pradesh as they believe that the recently-released flick portrays the party leader in a negative light.

The Telugu Desam Party supporters have raised objection about three specific scenes in which the party founder is supposedly projected as someone who encourages violence as well as a ‘timid’ person. In order to showcase their protests against the objectionable scenes, TDP workers took to the streets of Andhra Pradesh, blocking screening of the movie while alleging that the movie has portrayed the leader in poor light. In the wake of the controversy that some of the scenes of “Rakta Charitra” have sparked, director Ram Gopal Varma as well as producer C. Kalyan have taken the decision of chopping off the scenes from the flick.

While talking to reporters, Ram Gopal Varma said that he himself is a huge fan of the former Andhra Pradesh Chief Minister N.T. Rama Rao while adding that many people who are protesting against the movie haven’t even watched it to realize the larger context in which “Rakta Charitra” has been made. Apart from the TDP supporters, N.T. Rama Rao’s second wife Lakshmi Parvathi has also emphasized that the objectionable scenes and dialogues from the movie should be deleted without any kind of delay.