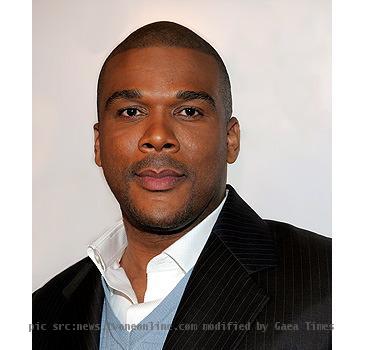 LOS ANGELES (GaeaTimes.com) — The great actor and film-maker Tyler Perry appeared on Wednesday in the Oprah Winfrey Show, His revelation of some of his horrible childhood experiences brought tears to Oprah’s eyes. The 41 year old actor opens up about his devastating and misery filled childhood in the show. He talks about his hellish childhood when he faced verbal abuse from his father and sexual abuse from his neighbors.

The Madea Goes To Jail director/star recalls his childhood when he was tormented due to the beatings from his father. In addition to this he suffered sexual abuse as a kid several times. When he was six year old a man in his neighbor tried to put his hand on Tyler’s pants. His experiences were so horrible that he thought himself to be dead in his childhood. Not only he had undergone sexual abuses from a male nurse and a man from church.

Tyler Perry could not control himself to sound raw while explaining his childhood. A woman who was a friend of his mother forced him to have sex with him when he was only ten years old. All these experiences left him sexually confused and at the age of 41 he revealed his dark childhood. He also Thanked Oprah Winfrey for giving him the chance to open up and pour down his heart out.