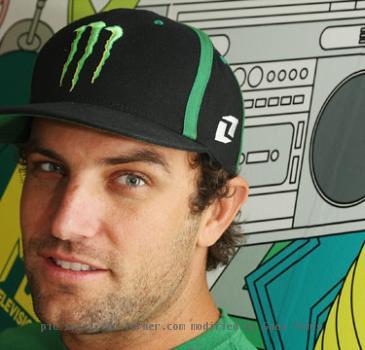 LAS VEGAS (GaeaTimes.com)- There is some good news for all the fans of popular MTV host T.J. Lavin as the much-acclaimed BMX biker is said to be showing signs of improvement after he was involved in a major bike accident last week. The MTV presenter was admitted in a critical condition at the Las Vegas’ University Medical Center following the accident in which he suffered multiple injuries. According to reports, the MTV host is presently in a medically-induced coma although his condition is said to have improved considerably.

After T.J. Lavin was admitted to the hospital after the accident, an MRI was conducted over the weekend which unfortunately did not indicate that he has sustained any damage to his brain. However, insiders have revealed that the tests pointed out that there were signs of swelling in his brain due to which doctors have put him under heavy sedation. At the same time, it has also come to light that T.J. Lavin has been diagnosed with pneumonia but it is not being considered to be a cause of concern as people with breathing tubes often develop the ailment.

The MTV presenter’s friend and business manager, Chas Aday has reiterated that doctors have expressed hope that T.J Lavin would be able to recuperate completely as he is responding well to the medicines. Chas Aday further added that although the BMX biker was unconscious, he is being able to communicate to a certain extent and follow simple commands. T.J. Lavin was injured in the accident at the Dew Tour Championships in Las Vegas last week while he was competing in the dirt qualifying round.