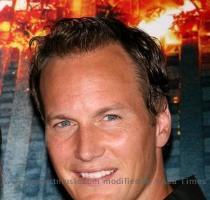 LOS ANGELES, (GaeaTimes.com)- A good news for all Patrick Wilson fans. The hot actor will be caste in the film “Young Adult”, which will release the next year if every thing goes smoothly. “Young Adult” will be directed by Jason Reitman, who also directed movies like “Juno” and “Up In The Year”.

The new flick will also star the beautiful actress Charlize Theron, 35, as the female lead. She plays the role of a young divorce and a fiction writer, in her mid thirties. She returns back to her home town in search of her old lover, to bring an end to the loneliness in her life after undergoing a divorce. Once she meets her ex-boyfriend, she comes to know that he is already married and has a kid. She narrates the emotions and dilemmas of the two lovers after their reunion. Patrick Wilson of course plays the role of Charlize Theron’s Ex-boyfriend.

The entire production team of “Juno” will once again come together to create “Young Adult”. It will have Diablo Cody, as its script writer, who also earned critical acclaims for writing “Juno”. This film will be produced by Mandate Pictures and Mr. Mudd Productions, who are right now busy with the pre- production stage. Negotiations are going on with Paramount Pictures, for the distribution of the movie. Although many other aspects are still under negotiation, the casting of Patrick Wilson and Charlize Theron has been finalized. The duo is expected to make a great pair, as both of them correspond to the same age-group, as the characters they are portraying in the movie.