Who Got Voted Off “Dancing With The Stars”: Margaret Cho 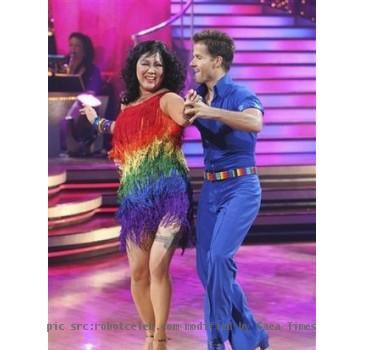 LOS ANGELES (GaeaTimes.com)- “Dancing with the Stars” results episode aired on ABC on Tuesday and it saw the comedian Margaret Cho getting eliminated from the show. After David Hasselhoff and Michael Bolton said goodbye to the show, this week it was Margaret Cho who got voted off “Dancing with the Stars”. Along with her, the daughter of Sarah Palin, Bristol Palin was in the bottom two. However, in the end, in the end Margaret Cho was the one who got voted off.

Margaret Cho, who got voted off “Dancing with the Stars” scored 18 on the performance night and received criticisms from her judges as she forgot her steps in the middle. Dressed in a rainbow colored costume the comedian performed with her partner Louis van Amstel. On the results night, the American singer Michael Bolton, who was eliminated last week sang a rendition of Leonard Cohen’s timeless classic, “Hallelujah.” The singer said that he feels that he owes an apology from the judge Bruno Tonioli.

NEW DELHI - The Dalai Lama, the spiritual leader of six millions Tibetans and a global icon of peace...
Copyright© 2010 The Gaea Times