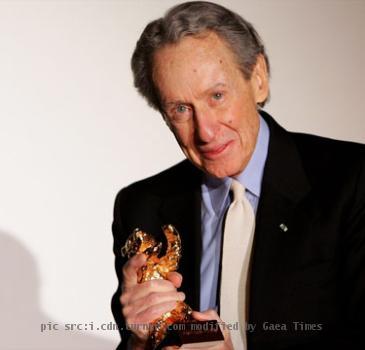 MANHATTAN (GaeaTimes.com)- Just after a day of his 88th birthday, the highly acclaimed director and producer Arthur Penn passed away in Manhattan. Evan Bell, a friend and financial advisor of the “Bonnie and Clyde” director said that Arthur Penn died on Tuesday night. Evan Bell announced that the veteran director passed away owing to his long illness. The friend of the director did not specify any reason for the illness, however, his daughter Molly Penn said that Arthur Penn died because of congestive heart failure. Arthur Penn is survived by his wife, two children and four grandchildren.

“Bonnie and Clyde” director’s long time friend and business partner Evan Bell said that the memorial service of Arthur Penn will be held by the end of this year. Arthur Penn’s other films included “The Miracle Worker”, “The Missouri Breaks” starring Marlon Brando and Jack Nicholson. The protagonist of is thriller “Night Moves”, Gene Hackman expressed his condolences by saying that he loved working with Arthur Penn as he had his own clear “vision” and imagination. The actor also added that Arthur Penn used to encourage the actors and was really excited to see what an actor can bring into the scene. Gene Hackman, who received his first Oscar nomination for his wonderful performance as Buck Burrow in “Bonnie and Clyde” said that he loved working with Arthur Penn.

Gene Hackman said that the audience can always sense Arthur Penn’s “humanity” in his films. The well known writer and director Paul Schrader remembered the “Bonnie and Clyde” director by saying that Arthur Penn brought in the “sensibility” of 1960’s European Art Films to American movies. He also added that Arthur Penn brought in a wave of change in American movies and paved the way for the “new generation” of American directors to experiment with their movies.