Comedian Greg Giraldo Passed Away at 44 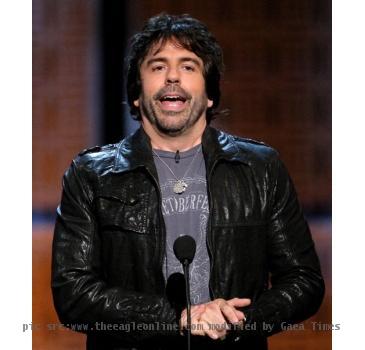 LOS ANGELES (GaeaTimes.com) — The celebrity judge of NBC’s “Last Comic Standing”, Greg Giraldo died on Wednesday. The comedian died at the Robert Wood Johnson Hospital in New Brunswick, N.J. He was hospitalized for a few days after being suffered from drug overdose.

Greg Giraldo was a regular artist on “Comedy Central” celebrity roasts. His managers decline d to reveal anything on his addiction towards drugs. He died at the age of 44.

Greg Giraldo was a lawyer before he became a comedian. He was a divorce with three children.

Russell Brand unlikely to face charges over US airport fight

LONDON - It seems Russell Brand won't face charges over a spat with a photographer at Los Angel...

NEW ORLEANS (GaeaTimes.com)- The Anthony Barre murder case is into the third day of investigat...

LONDON - Singer Katy Perry says she still gets unnerved about performing in front of a large crowd a...

MELBOURNE - Stand up comedian John Cleese, who has been married thrice, is frolicking these days an...
Copyright© 2010 The Gaea Times