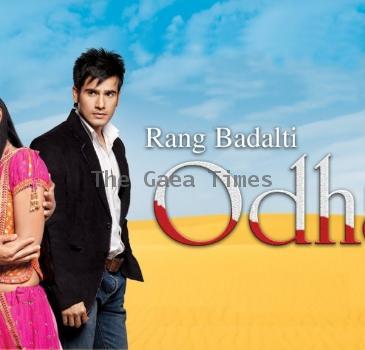 September 28, 2010 (Sampurn Wire): Khichdi-The movie team is very busy these days for the promotion of their film, which is left with just few days for its release. The funny team is making their presence felt in almost all the popular shows on the small screen so that they can promote their film to each and every household.

Recently, the Khichdi-The movie team visited Star Plus’ much loved show ‘Sasuraal Genda Phool’ and SAB TV’s famous show ‘Taarak Mehta Ka Ooltah Chashma’ to promote the film. Now, their next promotional platform is going to be Star One.

The source adds, “The shooting for the sequence has not been done yet and is expected to take place in the coming weeks.”

We called the producer of the show Yash Patnaik but he was found clueless about this. However, Yashashree Masurkar, who plays the lead role of ‘Khanak’ in the show, confirmed the news.

So, it sounds strange that the producer of the show is unaware of the development!

Comedy is getting vulgar: Aatish Kapadia

With Games on, it's mixed business for multiplexes in capital

NEW DELHI - The capital is buzzing with activities thanks to the ongoing Commonwealth Games and with...

Ranbir does what Rajni 'kant' in north India

NEW DELHI - Superstar Rajnikanth rocked the box office down south with "Endhiran", but the Hindi ver...

October 1, 2010 (Sampurn Wire): Khichdi-The Movie, which has released today, has already impressed a...

October 1, 2010 (Sampurn Wire): If you grew up watching the popular Hindi TV serial Khichdi then y...

'Khichdi - The Movie' music launched in the capital

NEW DELHI - The cast and crew of 'Khichdi-The Movie' Tuesday launched the music of the film in the c...
Copyright© 2010 The Gaea Times