Get ready for HISSS!!! 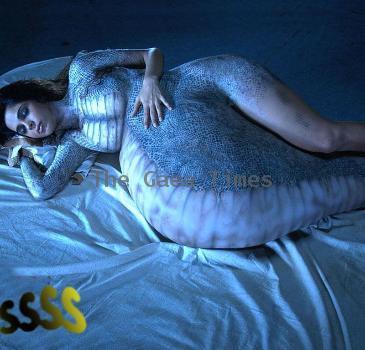 Come October, Mallika Sherawat is all set to scorch the silver screen by respiring one of the most mystical and fascinating characters of Bollywood – the ‘Naagin’ in the riveting thriller ‘HISSS’!

Directed by renowned Hollywood filmmaker Jennifer Lynch, ‘HISSS’ has created quite a stir across the globe for its interesting amalgamation of the superstars of Bollywood and top technicians of the west.

As the story goes, the movie is about the Vengeance of Naagin, the Snake Woman whose mate is captured from the jungles of India by a ruthless American George States (Jeff Douchette). She transforms into a stunningly attractive woman (Mallika Sherawat) with absolutely no clue about contemporary civilization or the ways of mankind, and ventures into the city in desperate search for her lover with vengeance on her mind and venom in her fangs. What follows is a chase at breakneck speed, with horrifying deaths, narrow escapes and special effects never before seen in India!

Irrfan Khan, known for his power packed performances plays a detective on the hunt for the ruthless Naagin. Robert Kurtzman, make-up and special effects expert from Hollywood whose previous works include films like Predators, Vanilla Sky, Spy Kids, Hulk, etc has worked his magic on the ‘Naagin’ to create the most magnificent creatures of all time!

Packed with gripping performances and thrilling twists and turns, HISSS not only revisits the popular Naagin saga but also reveals the untold truth about this centuries old legend in the most fascinating manner!

What’s more - the film’s soundtrack is as exciting as the film itself; with pioneering collaborations between the east and the west! Besides having compositions by talented musicians like David Kushner, Panjabi MC, Alexander Von Bubenheim and LA Hip-Hop mogul Craig Nobles, Mallika Sherawat herself has lent her sexy voice to a song composed by Julian Lennon, a famous musician in his own right besides being the first son of the late Beatle founder John. Renowned Bollywood music composer Anu Malik has also composed a special ‘Holi’ number for the film!

Produced by Vikram Singh, Govind Menon and William Sees Keenan and Co-Produced by Ratan Jain, ‘HISSS’ is slated for release on 22nd October’10.