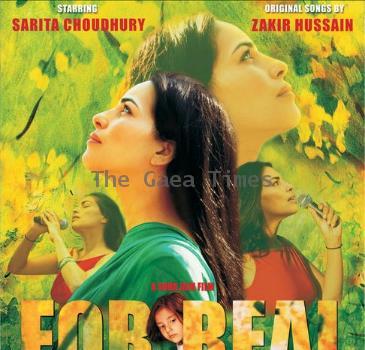 September 28, 2010 (Sampurn Wire): The recently released movie For Real is written, directed and produced by young lady Sona Jain, who has struggled a lot to raise fund to produce her movie. The multitalented Sona is a rare Indian ‘English’ filmmaker of recent times, who have won so many awards.

The director made the film with such sensitive and restrained panache that it has taken her to the top of top of indie filmmakers of India. Only at the age of 20, Sona made her first film with the titled The Outsiders, which was about the disenfranchised Hijra community in Delhi. This got her admission to the New York University’s Tisch School of the Arts in Graduate Film Program.

Sona Jain advises to the aspiring filmmakers to explore the different source of money for making their films rather than running behind the traditional known sources. She has learnt this from her own experience. The young lady approached many Indian producers for so many years but got rejected. Later, she earned the money through an IT fund in the US. Sona said that she earned the money herself of which some was collected by venture capital and it was partly interest funding. Her script was liked by a technology fund that wished to venture into media.

She added that the film has been made with a very low budget but she can’t disclose the figure due to the confidentiality clause with the VC fund.

Sona has also written the songs of the movie herself and was associated in designing the publicity material as well as editing.

The story of the movie deals with a six year old child Shruti’s determination to keep her family together at the time when the all-powerful adults are on the verge of destroying it. The little girl realizes that an alien has replaced her real mother, who in turn has been sent to the Orion Galaxy. But no one believes her, including her brother and father, who keep himself busy with his work. Shruti turns desperate to meet her real mother and runs away from home.