Musician Brian Walker Will Be Tying Knot With Crystal Bowersox 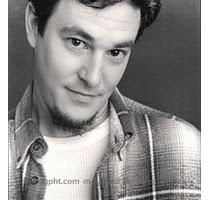 LOS ANGELES (GaeaTimes.com)- Brian Walker - the musician will be tying knot with America Idol ninth season runner-up Crystal Bowersox, in the next month, after dating her for four months. Crystal Bowersox, who had a break-up with her ex-boyfriend Tony Kusian, just a few hours before her final performance in the last and the ninth season of American Idol, seems to be very happy with the decision.

Brian Walker musician, is ready to accept his beau, with her one and a half year old baby boy, Tony, whom she had with her ex-boyfriend. He also has no issues if the singer continues with her music career and the high profile lifestyle that she wishes to lead. Brian Walker, who is a guitarist/musician himself, may not be as well known as Crystal Bowersox, but he has released his own musical album in 2006. He also performs his songs at many Chicago open-mic nights. The reason why the couple decided to tie the knot is because, they feel only a singer can understand the lifestyle of another singer and encourage the partner in pursuing her passion, which was literally absent in Crystal Bowersox’s last relationship. This is their first marriage, as Crystal Bowersox was into a live-in relationship with Tony Kusian.

The Gossip Portal reported that the couple is about the make a music video, with their baby boy Tony. The video will be uploaded in You tube. A lot of searches are going on in the web world, to have a look at the couple’s picture, as soon as the couple broke the news of their engagement, as Brian Walker musician, is not a very popular face outside the music industry. The couple, who now shifted to Illinois in Chicago, are reportedly having the time of their life with a blissful relationship and a very rocking professional life.

Port-of-SPAIN - The first Indian film festival in Trinidad and Tobago has a series of movies lined u...

NEW DELHI - Music is said to transcend borders. No wonder a group of international guitarists on a t...
Copyright© 2010 The Gaea Times