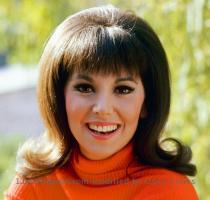 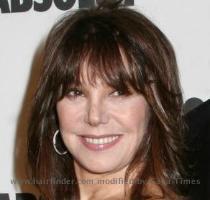 LOS ANGELES (GaeaTimes.com)- The American actress Marlo Thomas has launched a website on September 24, which is meant for women. The actress said in one of her statement that she is excited about the launch of her new website and it will reportedly be an excited blend of original videos, two way conversations and other interesting and innovative programming sessions. The actress in one of her recent interviews revealed her excitement about the whole matter.

Marlo Thomas told a reputed media outlet in her interview that the newly launched website is named as MarloThomas.com and the new site is not about her but it is about “you and me”, which is the motto of her new website. Even AOL officials are also thrilled to work with Marlo Thomas and the Chairman and CEO of AOL, Tim Armstrong, said that Marlo Thomas has helped define woman empowerment and created ground “breaking” content for children and has written record breaking books, which has helped and inspired people in a great extent. AOL is America’s global Internet services and media company.

Marlo Thomas said that she always wanted to launch this website but somehow could not make it possible. She added in her statement that she was excited about partnering with “AOL”. The idea of the site has been in her mind for many years and her partnership with AOL has made it possible to launch the site at last. The “That Girl” actress said that AOL shares her core values of “informing, entertaining and connecting” the world as an absolute “joy”. The other web portals have reported that Marlo Thomas’ website has already got popularity and the women are seen sharing their personal experiences, problems, videos, pictures on the web through this website.

Reaction to the death of Tony Curtis

Tony Curtis, star of 'Some Like It Hot,' 'Defiant Ones,' dies at Las Vegas-area home

Marlo Thomas launches website for women on AOLNEW YORK — AOL is partnering with Marlo Thomas for a...

Bramlett, once on a fast track with Tiger tutelage, gets to the big stage

WASHINGTON - NASA has unveiled its most advanced space-weather science tool known as the Integra...

Actress Marlo Thomas working on memoir; will feature memories of Seinfeld, other comedians