Crystal Bowersox Back In News! 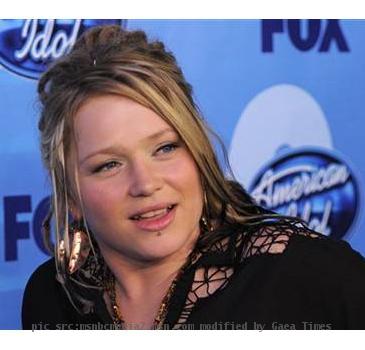 LOS ANGELES (GaeaTimes.com)- The “American Idol” crooner Crystal Bowersox is hogging the headlines once again and it is not only because of the fact that she is tying the knot with noted musician Brian Walker. The singer recently resorted to her Twitter account to vent her anger and annoyance about her record label. Earlier another American Idol candidate, Alison Iraheta also spoke against her record label. Crystal Bowersox who finished as the runner up in the latest season of the popular reality show “American Idol” hit Twitter and posted her tweets to vent her wrath against her record label. Her tweet reached her fans in no time and the issue became a hot searched topic in the web.

Crystal Bowersox posted another tweet soon in which she said that she had become fed up with the ongoing politics in the music industry. She, however, retracted her post later and thanked her followers for their support. She admitted the fact that she enjoys more freedom compared to the signed artists and hence she would stop grieving about the issues. She followed this up with yet another tweet in which she apologized for what she called was her unprofessionalism.

Crystal Bowersox has a signup deal with the 19/Jive Records. However, she is in no hurry to publish her debut album in November, something that most music reality show aspirants do. She thinks that it would be right to release it next spring. The previous month the singer said in an interview that she wants to come up with a good product instead of a run of the mill album.