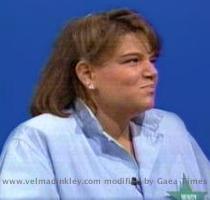 LOS ANGELES (GaeaTimes.com)- A recent scoop has revealed that Brad Pitt and Angelina Jolie have chosen yesteryear’s sitcom star Mindy Cohn as the godmother of two of their 6 children. Insiders have revealed that Mindy Cohn was close to Angelina Jolie’s brother and thus quite close to Brangelina. She is apparently the mother of the star’s two 2 year old children Knox and Vivienne. She was even gifted a huge diamond ring by the couple to thank her becoming the grandmother of the two children.

The 44 year old American actress became famous for her role in the sitcom ‘The Facts of Life’. Her character was named Natalie and Mindy Cohn played the role for the entire run of the sitcom from 1979 to 1988. Natalie became a household name after the success of the show and Mindy Cohn remained associated with the character even after the show ended. Post ‘The Facts of Life’, Mindy Cohn continued to make guest appearances in several popular TV shows that included ‘Charles in Charge’ and ‘21 Jump Street’. She was also ranked 43 in the VH1 list of the greatest child stars for her performance as Natalie.

Though the choice of Mindy Cohn as the godmother of their children comes as a surprise to many, insiders said that she was friends with the Hollywood power couple for a long time. Brad Pitt and Angelina Jolie are also known to be friends with several other big stars in the industry that includes George Clooney. The couple was recently in the news for the purchase of a huge mansion in Italy where Brad Pitt’s ‘Oceans Eleven’ co-star also owns a property.

NEW YORK - Mariah Carey, who has announced that she is expecting her first child with husband Nick C...

NEW YORK - Hillary Duff has revealed that her tooth fell into her hand just hours before her wedding...

Conn. Senate race heats up ahead of first debateHARTFORD, Conn. — The campaigns and supporters of ...

Russell Brand and Katy Perry to have 7 day Indian wedding

LONDON - Russell Brand and Katy Perry are planning an Indian wedding, which will last for an entire...
Copyright© 2010 The Gaea Times