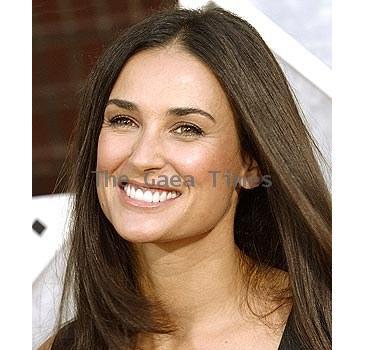 September 23, 2010 (Sampurn Wire): An official battle has been raging between actress Demi Moore and an Australian magazine, thanks to some photos that were published by it. The photos were shot at a confidential After Oscar’s party that was hosted by Demi. The trial of this legal clash is scheduled to start next week.

The aforementioned magazine is called Pacific Magazines and the actress is suing it as well as the publisher of New Idea, who had taken the responsibility of printing the pictures. The photos were all taken at a 2008 party that. The pictures published show not just Demi but also herself, Rumer Willis, her daughter along with other Hollywood stars.

Moore had lodged a claim in the year 2008 where she said that she had made a particular agreement with an event organizer which gave her all the copyright of the photos. She is now seeking indefinite damages.

The attorneys from Moore’s side have all completely declined to make a remark or to confirm the media reports which she plans to testify. Pacific Magazines, in a similar manner didn’t make a comment either. So both parties are keeping mum for the time being. It seems like the proverbial calm before the storm.

The Melbourne Federal Court has, however, confirmed that the trial would begin this Monday.

LONDON - Teenage actress Demi Lovato's "Sonny with a chance" co-star Sterling Knight says she is in ...

NEW YORK - Teenage actress Demi Lovato will be spending her Thanksgiving Day in a rehabilitation cen...

WASHINGTON - While Demi Lovato is taking a break to deal with personal issues, the producers of her ...

NEW YORK - Demi Lovato's reps have denied her dad's claim that she called him from rehab, where the...

Demi Lovato is 'not in treatment' for drug or booze addiction

WASHINGTON - Demi Lovato's spokesperson has denied claims that the actress is seeking help for probl...

NEW YORK - A source has claimed that Demi Lovato hit rock bottom after a fight with a female dancer ...
Copyright© 2010 The Gaea Times